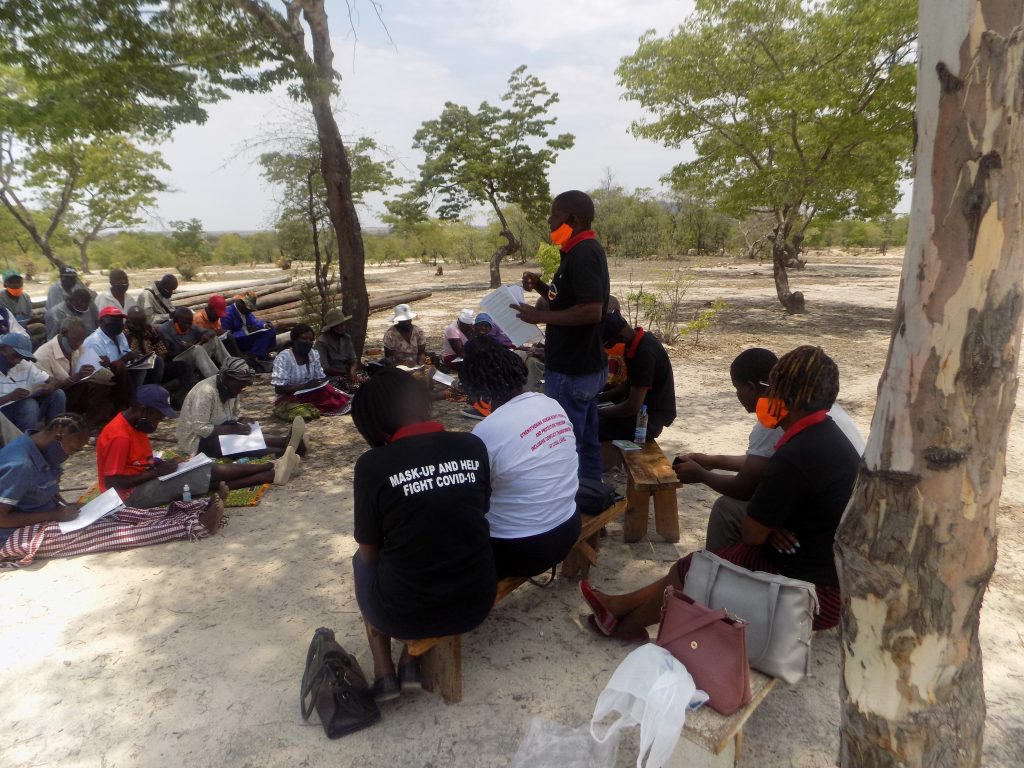 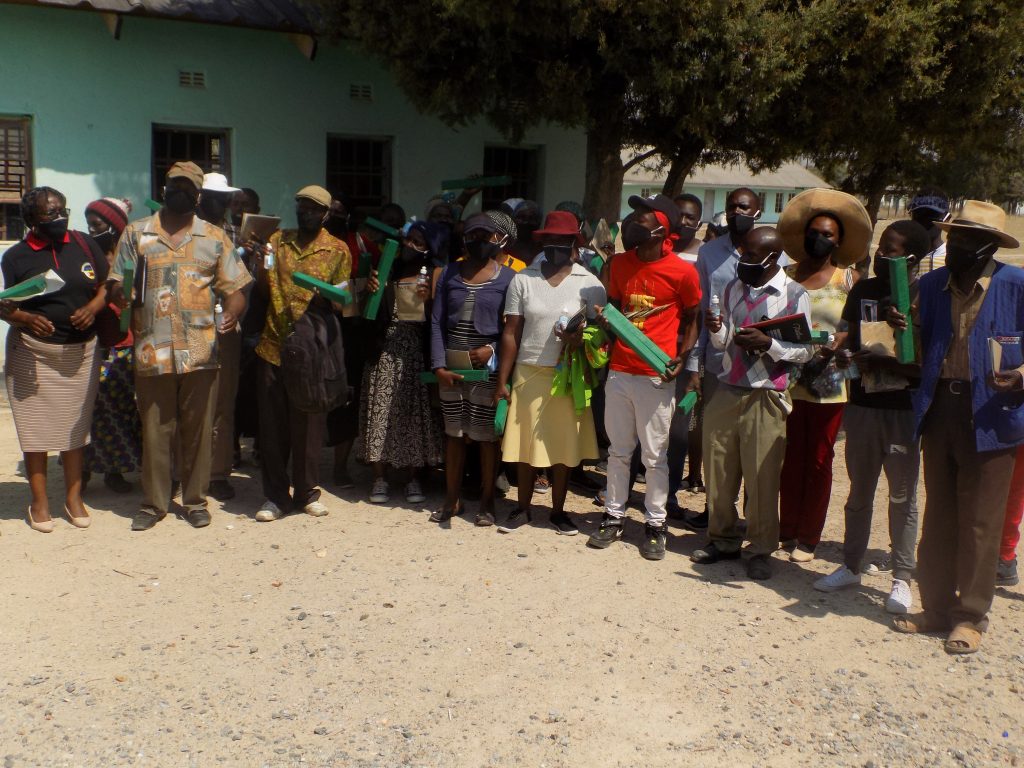 Gender-Based Violence in the Community

In addition to community awareness on ills of GBV, WICO took up this programme in a totally new way. They tackled the GBV issues in Silobela by focusing more on the perpetrators to spread the message of reducing GBV in the homes and in the communities. 25 male motivators were trained and given the task to reach out to other men and use the hot spots such as beer halls, mining sites and other places frequented by men.  This team did a good job and reported having spread the message.

WICO also took on board the use of the Police Victim friendly Unit to address the men and women on the repercussions of committing any gender based crimes and also advised them on the referral systems that may be followed in the event of a rape or assault.  The VFU also addressed the community leaders and school leavers during separate sessions.

WICO also used the expertise of other partners like JAHWO, Musasa, Women’s Coalition and Padare to address the communities and give necessary training to drive the message of GBV home.

Gender-Based Violence in The Workplace (Including Tertiary Education Institutions)

From 2020-2021, through the funding from the Netherlands, Women In Communities Zimbabwe implemented a project designed to address GBV in the workplace and tertiary education institutions.

The main emphasis was the establishment of referral pathways and bringing awareness of GBV to the workforce. The thematic area was to SPEAK OUT AGAINST ANY FORM OF GBV – SILENCE IS VIOLENCE!

In light of recurring disasters, both natural and pandemics, it is imperative to bring awareness to communities of how to prepare for such disasters. The focus of the project was on the four phases of emergency preparedness, i.e. Mitigation, Preparedness, Response, and Recovery.

In light of pandemics such as COVID-19 and climate induced droughts and floods, communities need to be prepared to handle such disasters. 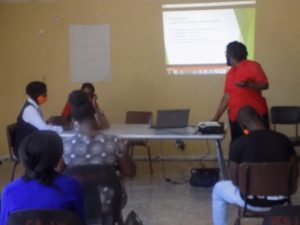 Protection, promotion and enforcement of human rights for citizens and other vulnerable groups including internally displaced persons in Zimbabwe. Areas of focus include: 1. Civic education including electoral processes pre-election, during election, and post-election. 2. Gender-based violence (GBV) and community responses and referral pathways. 3. Role of community leaders in the fight against GBV. 4. Awareness of the Universal declaration of Human Rights UDHR and Constitutional rights (including the rights of women, the rights of the child, and rights of people living with disabilities). 5. Developing community action plans and policy positions. 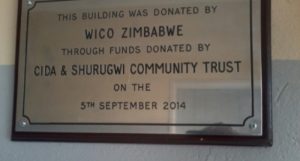 WICO Started by building a 30 bed, with running water and electricity, Waiting mothers’ home in Shurugwi at the Zvamabande rural hospital which they handed over to the Ministry of Health in September 2014.  Under the generous funding of the Canadian embassy, CFLI, this shelter was meant to relieve the communities of the burden of travelling long distances to the hospital to deliver their babies and also encourage institutionalised deliveries that were in line with the efforts to combat transmission of HIV from the mother to the child. This was the beginning of many milestones of this community driven organisation.

In 2013, The Ministry of Health and Child Care’s Provincial Medical Director decided that the PMTCT program be moved to the Silobela district. WICO continued to work in this district and mobilised the child bearing men and women to be actively involved in the PMTCT program by creating awareness and giving education to the communities. Under the generous funding of SAT and the community, WICO constructed another Waiting mothers home in order to drive the message of institutionalised deliveries and reduce the incidences of maternal death in the province. The community leadership appreciated the gesture and this only fuelled the desire to Strengthen Health Systems by this upcoming organisation. Positive results were reported by the health institution of Nyoni clinic and the PMTCT was deemed a success as exposed babies were reportedly born HIV negative. 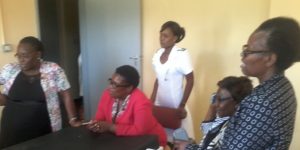 The highlight of this year – (2015- 2016) programming was the VIAC programme. Cervical cancer is the most common cancer among women in Africa accounting for the majority of deaths in the middle aged. However, with the advent of HIV, women are getting cervical cancer at a younger age accounting for 34% of all cancers among women. With this knowledge WICO found themselves pursuing cervical cancer screening in the same catchment to the benefit of most of the women in Ward 15 and 26 of Silobela who came for screening.  Word went around to other areas and women from other areas began to seek the service and the demand for the service continued to grow.  Out funding partner SAT went the extra mile and provided a vehicle to conduct outreach clinics to the hard to reach areas thereby increasing coverage. WICO’s key player Sr Dorcas Marumani received training on how to do the procedure and with the collaboration of the clinic nurse continued to serve the community of Silobela.

Despite the demand created, the program now lacks resources to continue. It is our hope and prayer that it will resume soon enough to meet the gap and even go beyond Silobela.

This was also taken on board in Silobela. HIV/TB continued to remain partners in the pandemic.  WICO was able to bring awareness to the communities on the identification of symptoms and care of the TB patients.  With the assistance of the District focal person of the Ministry of Health and Child Care, WICO trained  30 TB cadres on the identification, monitoring and referral of patients as well as Directly Observed Treatment DOTS supervision. This too was well accepted by the communities and the health practitioners concerned.  The participants received certificates of attendance.  TB in Silobela has remained under control partly as a result of this intervention.  The PREVENTION AND CONTROL, DOTS SURVEILLANCE AND MONITORING SYSTEMS have made the effort effective in the communities.

This program was integrated into the WICO programs in Silobela where WICO continued to work. It assisted in the basic improvement of communication within the marriage institutions and men and women  involved reported better relations. Partners were able to relate better in their sexual and marital relations.

The program later cascaded into schools targeting the school going boys and girls who had a tendency to drop out of school and reported cases of teenage pregnancies among the girls.  It also focused on their general sexual health and HIV prevention. WICO trained school health masters and peer educators to drive the message closer to the school-going pupils. One of the highlights of the schools programme was a Zonal sports Festival which involved four schools.  The participation was good and the message reached a number of school going boys and girls, out of school youths, teachers and parents.  The participating schools received sporting kits and balls much to their delight. 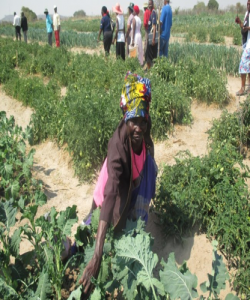 Through funding from UNDP GEF SGP, WICO implemented a project in Mfiri village, Ward 5, Tongogara Rural District, Shurugwi. The project addressed issues of environmental degradation, biological diversity loss, and livelihoods through gully reclamation, construction of silt traps, tree planting, community gardens, and construction of market stalls. The project of the Mfiri ward 5 was mainly targeted at rehabilitation of the catchment area of Mfiri dam by reclaiming gullies and curbing siltation into the water source.
The catchment size is approximately 2000 hectares and yields an average of 70 000 cupid meters of water annually with severe run off. It did not have functional mechanical soil and water conservation structures resulting in excessive gullies forming. The silt yield of the run off is approximately 452 cubic meters (700 tones) of silt into the dam and downstream annually. The dam was the only water source for the community garden and for their livestock. The GEF SGP and Women in Communities (WICO) with the technical assistance of Ministry of Agriculture, Mechanization and irrigation department (MoAMID) embarked on the project to curb further siltation and preserve the water source.
The Community was taken through Dam maintenance and catchment management training and awareness. This motivated them to do the job as they realized the long term benefits.

The whole community of 158 men, women and youth who are the beneficiaries embarked on an exercise to build a 140m cross section of silt trap to prevent the gullies growing and reduce silt from getting into the dam by construction of a stone filled gabions wall.

However WICO noted that the water problem had not totally been eradicated. The women needed to carry the water by head in buckets and in wheel barrows to water their garden. This was very labour intensive as the garden was at a steep ascent and nearly a kilometer from the dam. Their crop yield remained very minimal as this process did not allow much watering of the 1.5 ha garden. The women could only produce for subsistence and nothing left for resale. They also did not have water for domestic consumption. 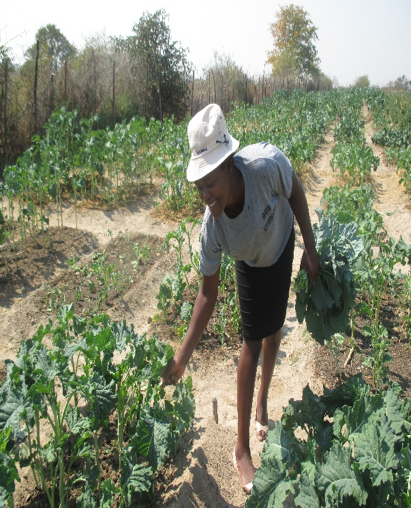 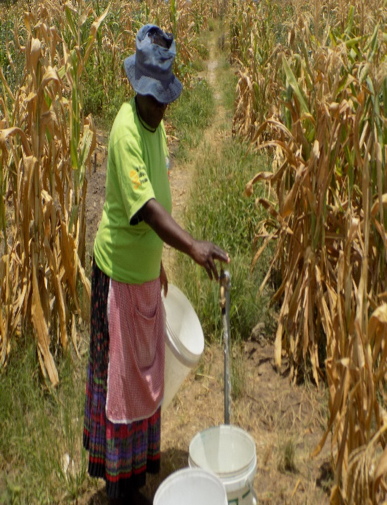 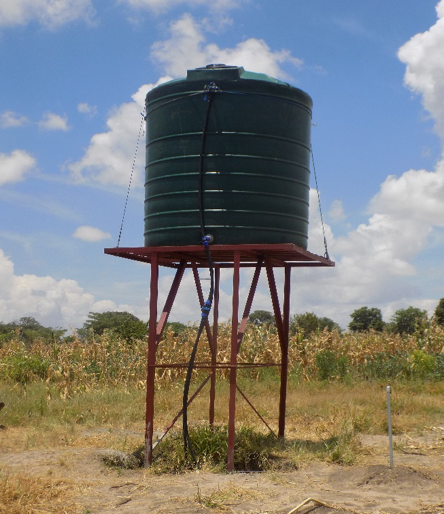 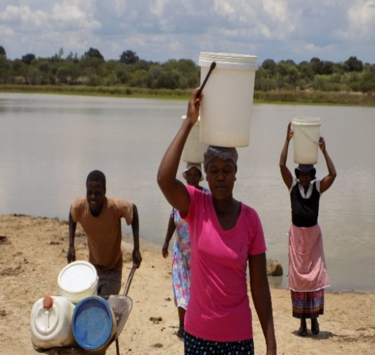 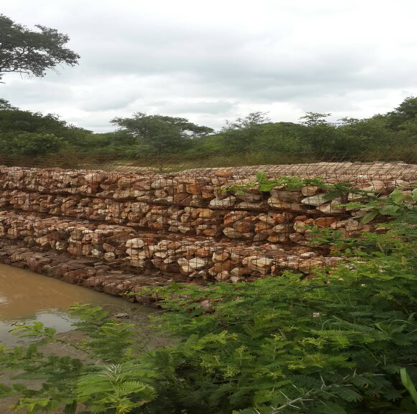 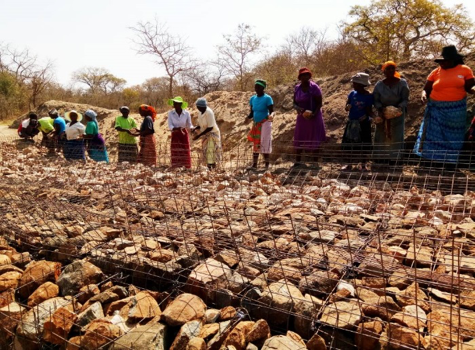